Contents hide
1 Autonomy Founder Faces Being Extradited to the US to Face Fraud Charges
2 What is Autonomy?
3 Who is Mike Lynch?

Home Secretary Priti Patel has approved the extradition of a British tech tycoon to the US to face criminal fraud charges.

The Mike Lynch extradition decision comes after the founder of Autonomy, lost a multibillion-dollar fraud action in London on Friday.

He is accused of manipulating its accounts to inflate the value of the company before its sale.

In 2012, just over a year after the purchase, HP announced an $8.8bn write-down (reduction in estimated value) of the value of Autonomy.

Mr Justice Hildyard said HP had “substantially won” its case, more than two years after the start of what was believed to be the UK’s biggest civil fraud trial – which was heard over nine months in 2019.

But he said the company was likely to receive “substantially less” than the amount claimed in damages.

Mr Lynch always denied the accusations and said on Friday that he would appeal.

His former chief financial officer Mr Hussain was convicted in April 2018 in the US of wire fraud and other crimes related to Autonomy’s sale and was jailed for five years.

The decision in court on Friday coincided with a midnight deadline on the same day for the home secretary to decide whether or not Mr Lynch should be extradited to the US to face criminal trial for 14 counts of conspiracy and fraud.

A Home Office spokesperson said: “Under the Extradition Act 2003, the secretary of state must sign an extradition order if there are no grounds to prohibit the order being made. Extradition requests are only sent to the home secretary once a judge decides it can proceed after considering various aspects of the case.

“On 28 January, following consideration by the courts, the extradition of Dr Michael Lynch to the US was ordered.”

Kelwin Nicholls, of law firm Clifford Chance, representing Mr Lynch, said in a statement on Friday evening: “Dr Lynch firmly denies the charges brought against him in the US and will continue to fight to establish his innocence.

“He is a British citizen who ran a British company in Britain subject to British laws and rules and that is where the matter should be resolved. This is not the end of the battle – far from it.”

The lawyer also confirmed that Mr Lynch would file an appeal to the High Court in London.

The company was founded in 1996 by Mr Lynch out of a specialist software research group called Cambridge Neurodynamics.

Autonomy developed software that could extract useful information from “unstructured” sources such as phone-calls, emails or video.

The software could then do things such as suggest answers to a call-centre operator or monitor TV channels for words or subjects.

It gained a listing on the US Nasdaq exchange in May 2000 at the height of the technology boom and was listed in London six months later.

The company suffered when the technology bubble burst, dropping out of the FTSE 100 and having to issue a profit warning in 2001.

But it grew rapidly and opened joint head offices in Cambridge and San Francisco, with other offices worldwide, to serve 65,000 customer companies.

Who is Mike Lynch?

Cambridge graduate Mr Lynch, 56, built Autonomy up to be one of the top 100 UK public companies.

In 2006, he was awarded an OBE for services to enterprise.

A fellow of the Royal Society, Mr Lynch, who lives in Suffolk, previously advised the government and sat on the boards of the British Library and the BBC.

The Mike Lynch extradition is an example of the one sided nature of the extradition treaty between the UK and the US. Mike Lynch faces being extradited to the US for crimes that allegedly took place in the UK when he was running a UK based business.

Find out more about the best non extradition countries here

The Mike Lynch extradition appears to be more like a civil claim than a criminal case. 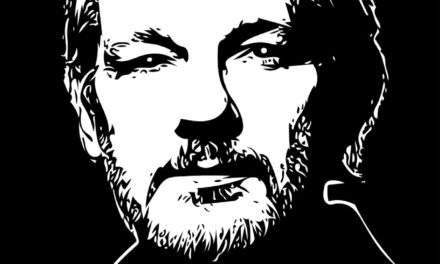